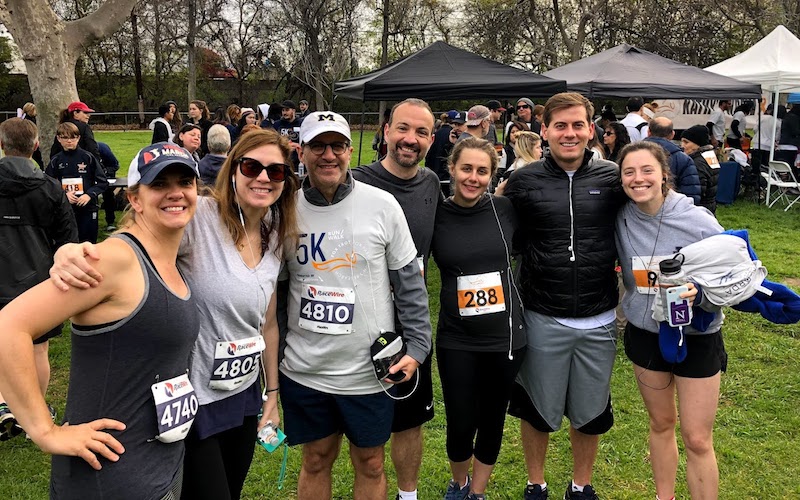 T-shirts and running shoes aren’t standard Sugerman Group attire, but it was the outfit of choice for three team members on a recent Sunday morning. The group gathered early in Griffith Park for a great cause: to run in the Los Angeles Fox Trot 5K for Parkinson’s Research, held by the Michael J. Fox Foundation.

Parkinson’s Disease affects nearly 1 million Americans, including some of the SCG team’s loved ones. Steve, Molly and Randy – along with several intrepid relatives — were among the throngs who limbered up to support the Michael J. Fox Foundation’s vital work. In total, the third annual event raised over $170,000 for Parkinson’s research and treatment.

While all three SCG’ers crossed the finish line, it was difficult to measure their exact performance. Some questionable signage along the race course sent them in the wrong direction, adding time and distance to the run (which ended up closer to 5 miles than 5 kilometers). Navigation challenges aside, the brisk morning run was a wonderful way to enjoy beautiful Griffith Park and contribute to a very meaningful cause.

← Go Blue! SCG Teams up with University of Michigan LSA Opportunity Hub The Karsh Center going above and beyond to help people in need →